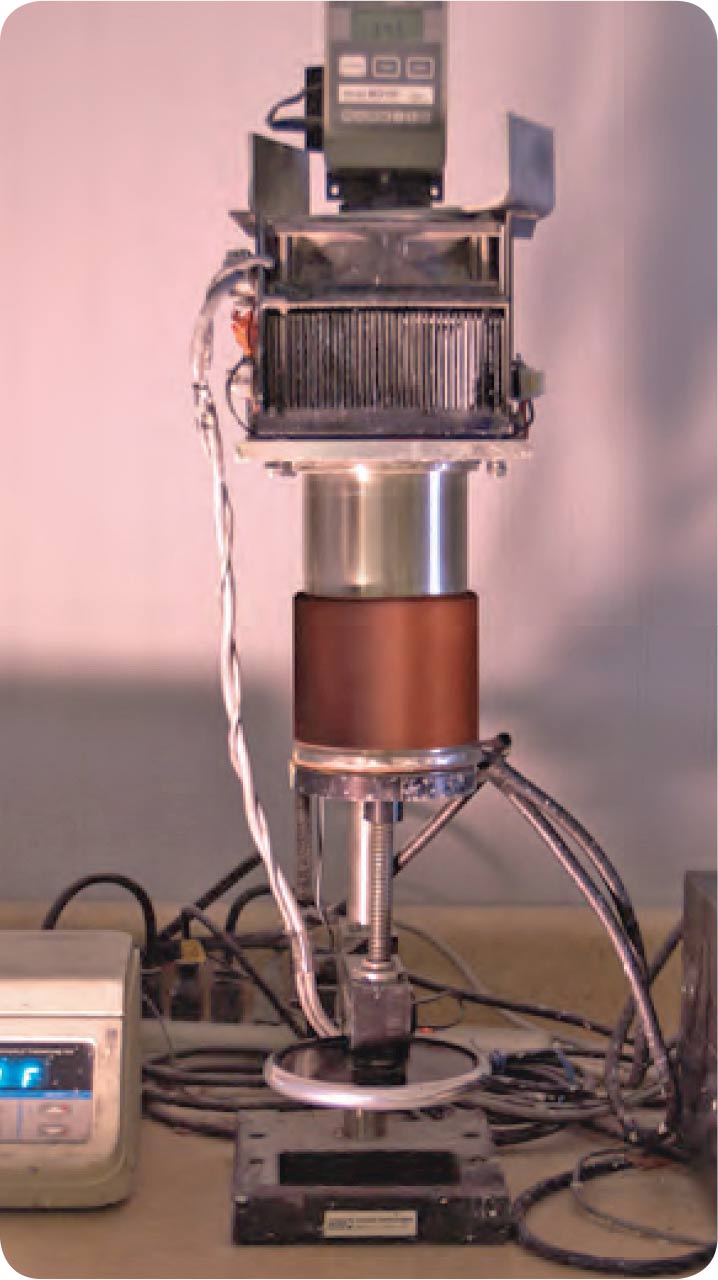 ASTM-D5470-06: Lab controlled thermal resistance tester used for determining TIM bulk thermal conductivity (W/mK).
This is a steady state method of determining the thermal conductivity of a substance. The thermal resistance (more specifically referred to as thermal impedance) for a material, at a given thickness, is determined by placing the paste at the interface between equilibrated hot and cold blocks. The heat flow through the material is determined by the measuring the temperature gradient set up between the two blocks at steady state. The temperatures are determined at set placements along the hot and cold gradients as shown in the following figure of an actual trace obtained on an ASTM D-5470-06 flow apparatus here at AOS.

Before a material is determined (back calculation) by determining the inverse of the slope of the graph of several thermal impedances (resistances) at various thicknesses. The graph below shows the results taken at 1, 2, 5 and 20 mils (0.001” = mil).

AOS Thermal Compounds does internal thermal testing as well as outside third-party testing to confirm results. We are also pleased to offer thermal testing services, including TIM Life Cycle testing.